Although produced from British ancestors, the Australian Terrier is one of the few breeds in the terrier group to have been developed outside the United Kingdom. It can also rightly claim to be the first breed developed in Australia.

It appears reasonably certain that both the Australian Silky Terrier and Australian Terrier had a common ancestry from stock in Tasmania, New South Wales and Victoria, namely the Broken Coated Terriers. It is assumed this type of dog originated from a mixture of British breeds, namely: the Skye Terrier, Scottish Terrier (Aberdeen) and the Dandie Dinmont Terrier. At intervals the Yorkshire Terrier was introduced. It is reported that in the early 1800’s free settlers around Campbelltown and Ross in Tasmania were breeding broken coated dogs of a blue sheen body colour and tan markings.
They were renowned for their prowess as watchdogs and weighed about 18 pounds.

Character: The Australian Terriër is playful, alert, and very intelligent. It is energetic and powerful, especially for its small size. It seems to think of itself as a rather large dog. Australian Terriers are clever and adventurous. They do not bark frequently. Aussies have great hearing and pay keen attention, making excellent watch dogs. They are cautious, but not aggressive, around strangers. 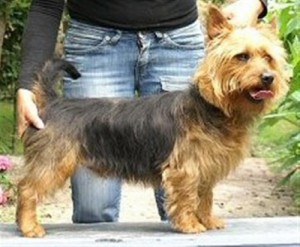 Temperament: The Australian Terriër gets along fine with children, provided they are respectful. Aussies are calm and outgoing, making excellent companions. They have a high prey instinct, especially for small cats or rodents, and should be socialized when young if they are intended to live with other pets. Australian Terriers require frequent human companionship.

Grooming: An Australian Terriër in top condition will lose very little hair. They are easy to groom and have a weather resistant coat, that is harsh in texture. These dogs should never be clipped and, if necessary should be plucked instead. They should be brushed and combed at least once a week and the ears checked for hair that may block the canals.

Colour: The Aussie can be blue and tan, steel blue, dark grey blue, solid sandy, red or solid black. There can be a change in coat colour when the puppy is about nine months old. 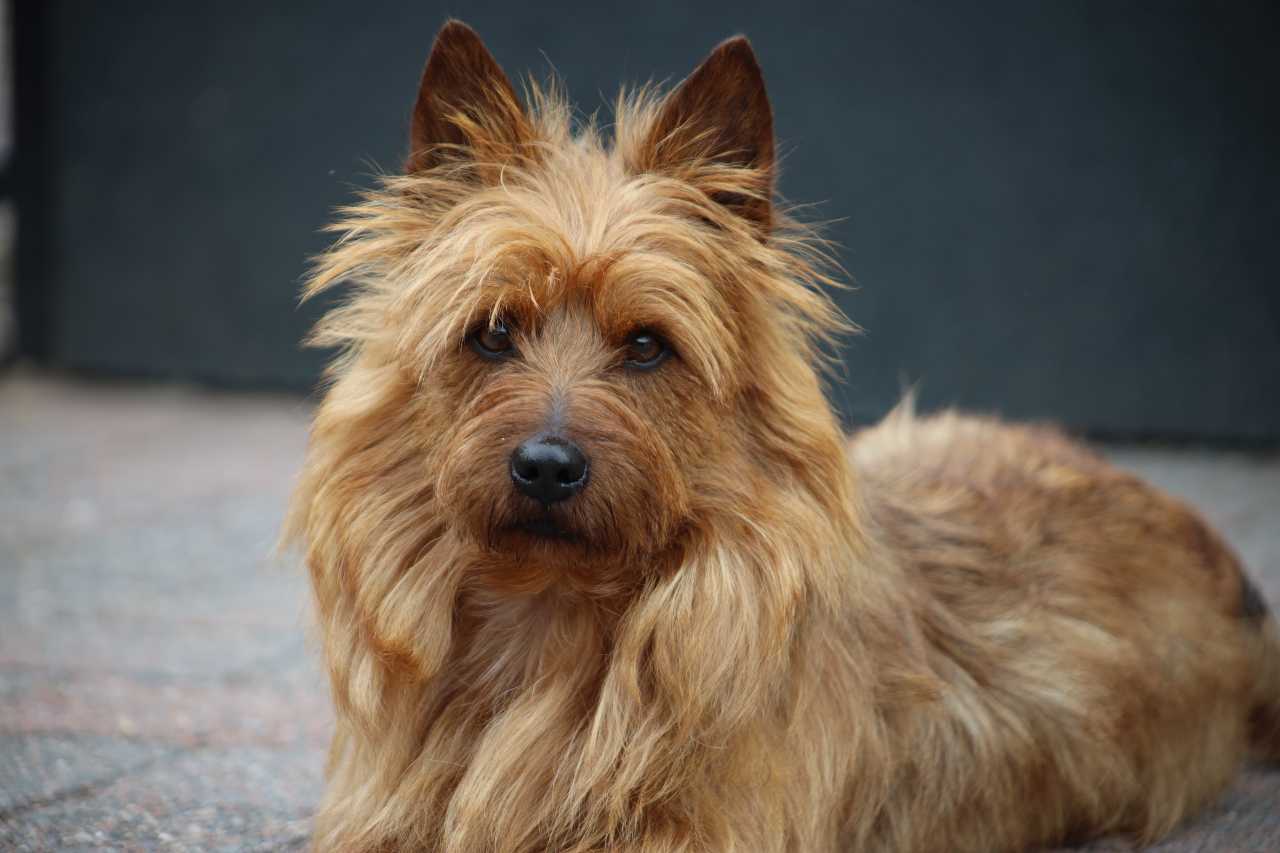 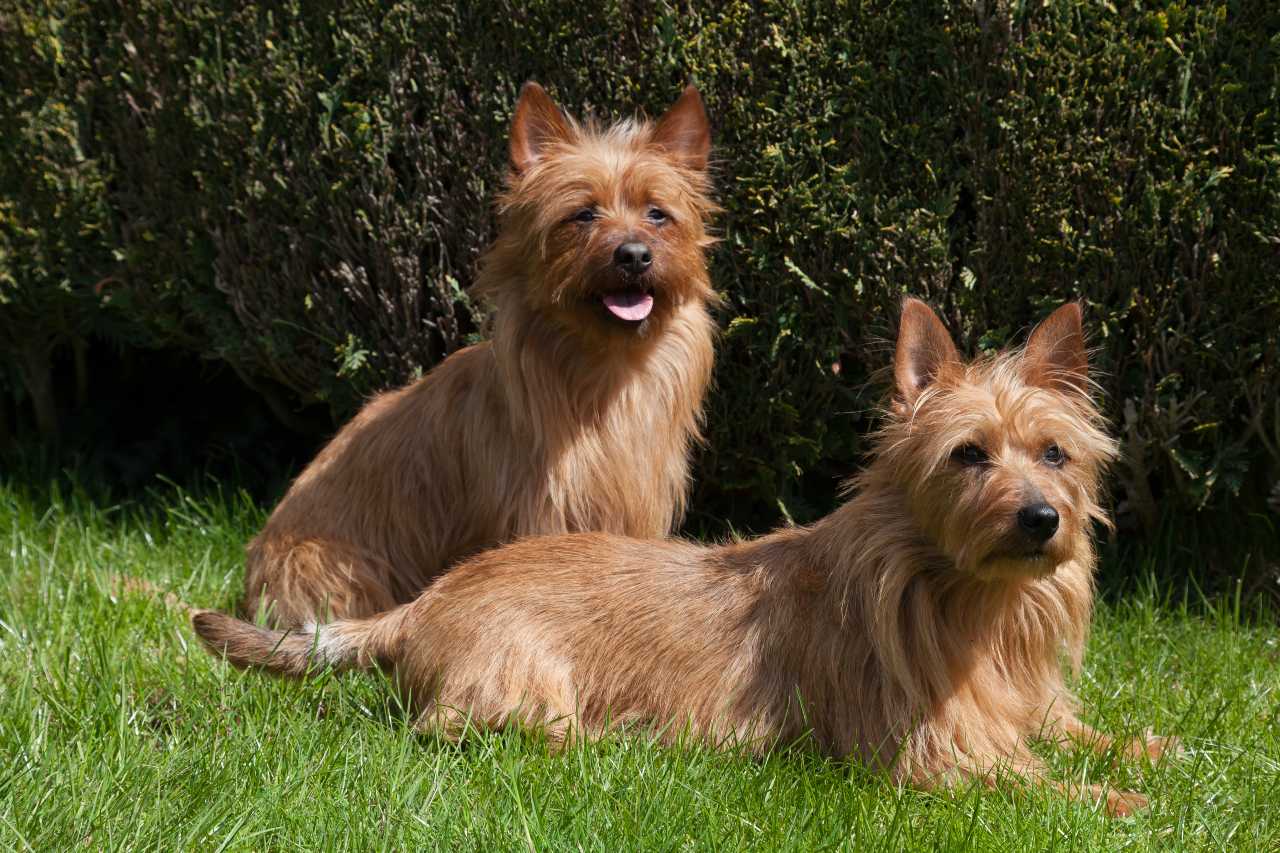 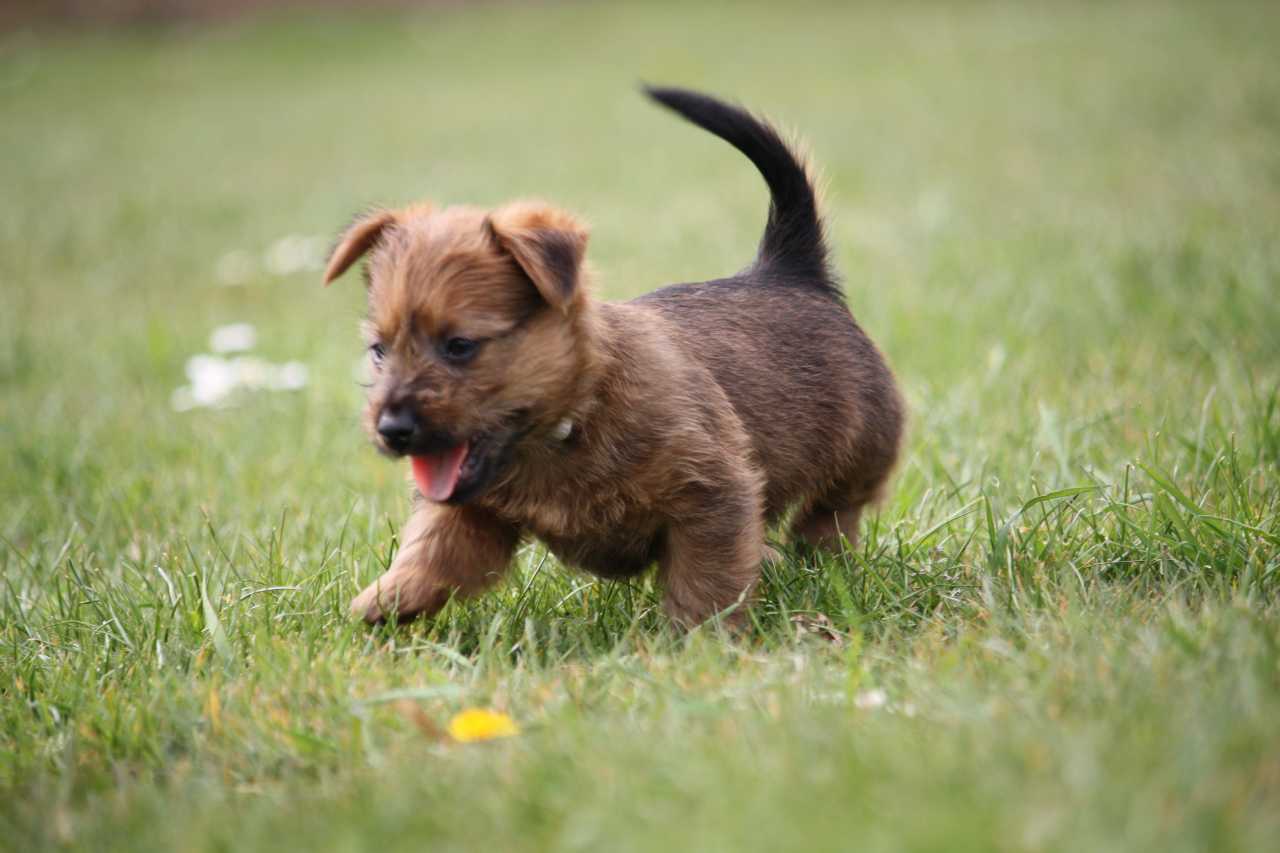